Operation Amalgam Virgo is a CINCNORAD joint task counter terrorist and field training exercise (FTX) carried out in Tyndall Air Force Base, Florida on early June 2001. NORAD sponsored the multi agency planning exercise involving the hypothetical scenario of a cruise missile or UAV launched by a terrorist group [1]. Osama Bin Laden was pictured on the cover of the proposal for the exercise. Key military players involved in the exercise also included personnel from the 1st Air Force battalion, the U.S. National Guard, the U.S. Reserve forces, and the U.S. Navy.

Several naval ships including the USS Yorktown and the Navy Aegis cruiser were dispatched to the Gulf of Mexico as part of the multi service anti cruise missile operation. Military land personnel from the 1st Air Force also engaged in gathering radar information on low level targets by using the Joint Based Expeditionary Connectivity Center (JBECC), a mobile shelter capable of being deployed to high risk regions while providing early warning signals on cruise missile attacks.

The Dark Winter exercise, held at Andrews AFB, Washington, DC, June 22-23, 2001, portrayed a fictional scenario depicting a covert smallpox attack on US citizens. The scenario is set in 3 successive National Security Council (NSC) meetings (Segments 1, 2 and 3) that take place over a period of 14 days. Former senior government officials played the roles of NSC members responding to the evolving epidemic; representatives from the media were among the observers of these mock NSC meetings and played journalists during the scenario's press conferences.

The global spread of (highly pathogenic) H5N1 in birds is considered a significant pandemic threat.

While prior H5N1 strains have been known, they were significantly different from the current H5N1 strain on a genetic level, making the global spread of this new strain unprecedented. The current H5N1 strain is a fast-mutating, highly pathogenic avian influenza virus (HPAI) found in multiple bird species. It is both epizootic (an epidemic in non-humans) and panzootic (a disease affecting animals of many species especially over a wide area). Unless otherwise indicated, "H5N1" in this article refers to the recent highly pathogenic strain of H5N1.

In 2067, an unknown disease struck Japan and was countered by an experimental vaccine. In actuality, the disease was created by Daiwa and the "vaccine" was used as an excuse for Daiwa to begin testing experimental nanotechnology. Every Japanese citizen was converted into a form of synthetic life. But there were unforeseen side effects; the conversion was imperfect, resulting in the infected humans losing their free will and becoming just lifelike machines. Some of the nanotech went amok, creating the "Jags", giant whirling constructs of semisentient metal that prowl the wilderness. The Jags destroyed all of Japan, save Tokyo which is protected by an inedible wall of ceramic.

The 2009 swine flu pandemic, caused by the H1N1 influenza virus and declared by the World Health Organization (WHO) from June 2009 to August 2010, is the most recent flu pandemic involving the H1N1 virus (the first being the 1918–1920 Spanish flu pandemic and the second being the 1977 Russian flu).[12][13] The first two discoveries were independently made in the United States in April 2009.[14] The virus appeared to be a new strain of H1N1 that resulted from a previous triple reassortment of bird, swine, and human flu viruses and that further combined with a Eurasian pig flu virus,[15] leading to the term "swine flu".[16]

Transhuman Global Technocracy, believing themselves "above morality", uses media, medicine, and clandestine networks to cause widespread panic over a deadly flu in order to force people to take a vaccine that sterilizes the majority of Humanity, leaving only those with Roma ancestry to maintain the "perfect" world population of 500 million people.

It took Schwab and the Davos elite about six years to watch their great reset ideology grow from a tiny Swiss seed in 2014 to a European super-flower pollinating the entire globe in 2020.

On March 23, 2014, the World Health Organization (WHO) reported cases of Ebola Virus Disease (EVD) in the forested rural region of southeastern Guinea. The identification of these early cases marked the beginning of the West Africa Ebola epidemic, the largest in history.

The Fourth Industrial Revolution
Klaus Schwab 2016
...blurring the lines between the physical, digital, and biological spheres

Held in Wuhan City from 15 to 30 October 2019
With 23 CISM Disciplines and one Demonstration sport: Tennis!

A Timeline of COVID-19 Developments in 2020
https://www.ajmc.com/view/a-timeline-of-covid19-developments-in-2020

**COVID-19** a visual summary of the new coronavirus pandemic

Effective communication about medical countermeasures—including drugs, devices and biologics—is often critical in emergency situations. Such communication, however, does not just happen. It must be planned and prepared for. One mechanism to develop communication strategies is through the use of prospective scenarios, which allow readers the opportunity to rehearse responses while also weighing the implications of their actions. This article describes the development of such a scenario: The SPARS Pandemic 2025-2028. Steps in this process included deciding on a timeframe, identifying likely critical uncertainties, and then using this framework to construct a storyline covering both the response and recovery phases of a fictional emergency event. Lessons learned from the scenario development and how the scenario can be used to improve communication are also discussed.

https://pubmed.ncbi.nlm.nih.gov/32191675/
The World Health Organization (WHO) on March 11, 2020, has declared the novel coronavirus (COVID-19) outbreak a global pandemic (1). At a news briefing , WHO Director-General, Dr. Tedros Adhanom Ghebreyesus, noted that over the past 2 weeks, the number of cases outside China increased 13-fold and the number of countries with cases increased threefold. Further increases are expected. He said that the WHO is "deeply concerned both by the alarming levels of spread and severity and by the alarming levels of inaction," and he called on countries to take action now to contain the virus. "We should double down," he said. "We should be more aggressive." [...].

Trump’s words unleashed it all at this historic and catastrophic event, while demonstrating little regard to the Bill of Rights, historic liberties, or the experience of thousands of years of public health experience:

“My administration is recommending that all Americans, including the young and healthy, work to engage in schooling from home when possible, avoid gathering in groups of more than 10 people. Avoid discretionary travel and avoid eating and drinking at bars, restaurants, and public food courts. If everyone makes this change or these critical changes and sacrifices now, we will rally together as one nation and we will defeat the virus and we’re going to have a big celebration together.”

The Human Drift - King Camp Gillette, 1894
https://ia801207.us.archive.org/13/items/TheHumanDrift/The_Human_Drift.pdf
https://historycollection.com/besides-the-gillette-commercial-king-c-gillette-was-also-a-utopian-socialist-who-co-authored-a-book-with-this-famous-author/2/
(Written when Nikola Tesla and George Westinghouse were building the massive turbines that would generate immense electrical power by harnessing Niagara Falls. The prospect of cheap, distributable electricity generated much optimism.)
The Human Drift is a work of Utopian social planning, written by King Camp Gillette and first published in 1894.[1] The book details Gillette's theory that replacing competitive corporations with a single giant publicly owned trust ("the United Company") would cure virtually all social ills.

How a woman who advocated for the selective breeding of her fellow citizens came to be memorialized with those who built a country is hard to understand.

The vast majority of the abortion vendors have set up shop in minority neighborhoods, which can be seen in the scarce statistics available at the Centers for Disease Control and Prevention. Though they are only 13% of the female population, African Americans made up 38% of all abortions tracked in 2016.

https://www.cdc.gov/flu/pandemic-resources/1918-pandemic-h1n1.html
The 1918 influenza pandemic was the most severe pandemic in recent history. It was caused by an H1N1 virus with genes of avian origin. Although there is not universal consensus regarding where the virus originated, it spread worldwide during 1918-1919.  In the United States, it was first identified in military personnel in spring 1918. It is estimated that about 500 million people or one-third of the world’s population became infected with this virus. The number of deaths was estimated to be at least 50 million worldwide with about 675,000 occurring in the United States.

The concept of technocracy can be traced to William Henry Smyth, a California engineer, who introduced the term “technocracy” in his 1919 article titled “Technocracy – Ways and Means to Gain Industrial Democracy,” which was published in the Journal of Industrial Management. Smyth used the term to refer to industrial democracy, where servants such as engineers and scientists are incorporated in the decision-making process through existing firms.

American economist and sociologist Thorstein Veblen was also recognized as a father of technocracy when he published an article titled “Engineers and the Price System” in 1921. Veblen championed the formation of a Soviet of Technicians. He believed that technological developments would be a precursor to a socialistic organization of economic affairs.

The Davos World Economic Forum (WEF) is a premier forum for governments, global corporations and international entrepreneurs. Founded in 1971 by engineer and economist Klaus Schwab, the WEF describes its mission as “shaping global, regional and industry agendas” and “improving the state of the world”. According to its website, “moral and intellectual integrity is at the heart of everything it does.”

The WEF has been involved in the coronavirus pandemic in several ways.

In order to protect U.S. commercial interests, NSSM-200 cited a number of factors that could interrupt the smooth flow of materials from LDCs to the United States, including a large population of anti-imperialist youth whose numbers must be limited by population control. The document identified 13 nations by name that would be the primary targets of U.S. government population control efforts.

China's Plan To Topple The U.S.A. And Obliterate Its Culture Of Liberty

The doctrine of total war outlined in Unrestricted Warfare clearly demonstrates that the People’s Republic of China is preparing to confront the United States and our allies by conducting “asymmetrical” or multidimensional attacks on almost every aspect of our social, economic and political life.

Colonels Qiao Liang and Wang Xiangsui argued that war was no longer about “using armed forces to compel the enemy to submit to one’s will” in the classic Clausewitzian sense.

“the first rule of unrestricted warfare is that there are no rules, with nothing forbidden.”

Rather, they asserted that war had evolved to

to compel the enemy to accept one’s interests.”  According to the editor’s note, Qiao argued in a subsequent interview that “the first rule of unrestricted warfare is that there are no rules, with nothing forbidden.”

“using all means, including

The barrier between soldiers and civilians would fundamentally be erased, because the battle would be everywhere.

The number of new battlefields would be “virtually infinite,” and could include

That vision clearly transcends any traditional notions of war.

Preserved For The Record 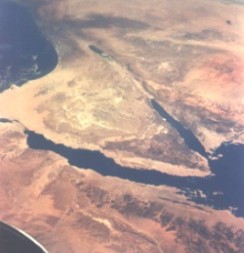 Phantom Nation: Inventing the "Palestinians" as the Obstacle to Peace 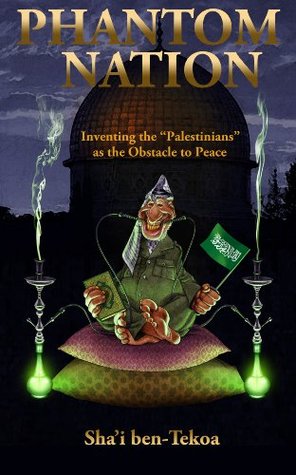 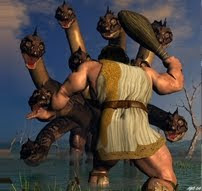